Does Daenerys have a shot at the Iron Throne?

The competition for the Iron Throne is fierce and deadly, but Daenerys Targaryen has been a fan favorite from day one. The exiled princess from the fallen Targaryen dynasty was first introduced to Game of Thrones fans as the subject of an arranged marriage to Khal Drogo. However, a lot has changed in the last four seasons for this feminist fan favorite. If we’ve taken away anything from the season five trailer, things might be looking up for Daenerys.

Let’s be honest, well-behaved women rarely make history… in fandoms or in the real world.

Last season we started with the Khalessi being embraced by the slaves of Yunkai for freeing them from the slavers of the city. Lifting her up into the air, the former slaves chanted “Mhysa,” which translates to “mother.” Though seemingly in control, Daenerys was nervous that she was losing control of her three dragons. Regardless, the Breaker of Chains headed toward Meereen to free the next city in Slaver’s Bay. 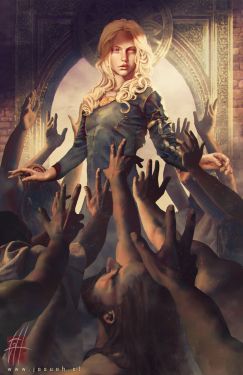 Along her journey she witnessed that the slavers had murdered and crucified 163 slave children along the trail to serve as a warning to the young Targaryen. This only had the opposite effect, fueling her need to free the citizens of Meereen. And of course, the Khalessi liberates the city.

Though her wartime strategies were succeeding, for every city she freed, Daenerys is met with complex consequences for overthrowing an established power structure. However, she stayed true to her mission, telling the slave masters, “They can live in her new world, or die in their old one.” 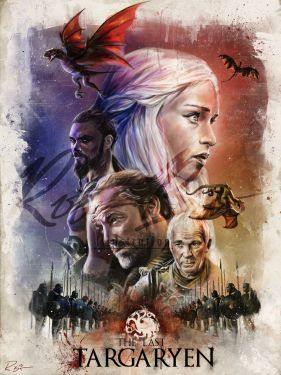 The most devastating turn of events for the Khalessi and Queen was the discovery that her beloved confidant, Ser Jorah Mormont, gave reports on her progress to the small council in King’s Landing. Daenerys lost trust in her Hand and exiled him from her city.

With the departure of Ser Jorah, things became more complicated for the Queen. Her dragons caused chaos in the city and she became increasingly more attracted to the Second Son leader, Daario Naharis. When a former slave came to Daenerys to ask her permission to re-enter enslavement she is baffled. But, she allows her new citizens to be free in her city and grants the odd request. 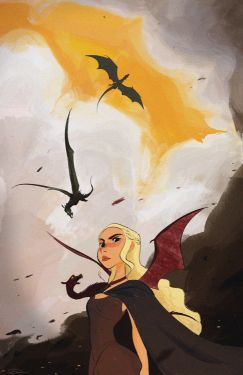 After the largest dragon Drogon, killed an innocent citizen and goes missing, Daenerys was forced to chain up her two other dragons in the catacombs of her palace. I can’t be the only one who sobbed as the dragons cried out for their mother and she barricaded them inside. 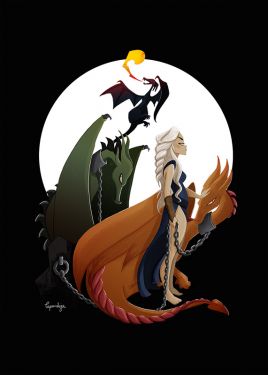 Don’t forget to tune in this Sunday on HBO at 9 pm ET/PT for the season 5 premiere of Game of Thrones.