In our last installment, we caught up with the Lannisters, who’ve been busily paying their debts with the common currencies of Westeros: treachery, betrayal, and greed.

House Stark may lack the insane panache of the Lannisters, but are pretty cool in their own right. Their motto is “Winter is Coming,” and the cold, harsh reality of that slogan has never been more apparent since the end of Season 4, when the Stark children, now orphans and homeless, have scattered far and wide. 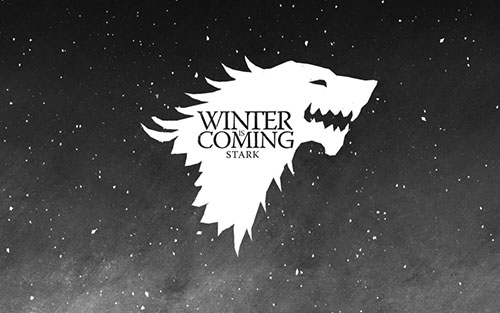 The way they were…

Winterfell is now just a smoldering memory, as are Eddard and Catelyn Stark, Robb and his bride Talisa, and many of the once-formidable rulers and subjects of the north. Note to Westeros: If you are the featured guests at a wedding celebration, we strongly suggest you skip the festivities and just elope. By yourselves. To an undisclosed destination. 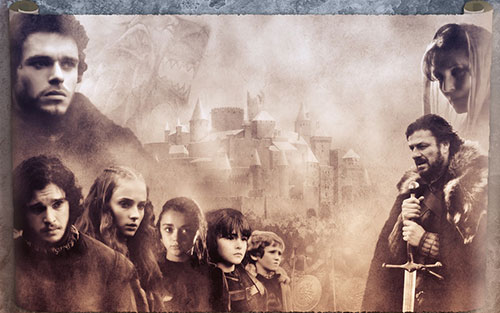 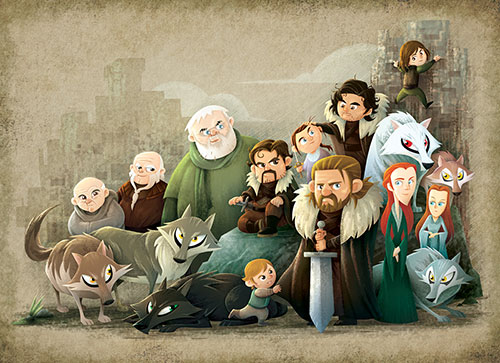 You Know Nothing, Jon Snow

Jon Snow, Eddard’s bastard son and sworn member of the Night’s Watch, has just buried (well, burned the body of) his forbidden love, Ygritte, and is facing an uncertain, albeit alive future, thanks to the 11th hour heroics of Stannis Baratheon. Still, making his own last minute save of Mance Rayder, “the King-Beyond-the-Wall” and leader of the free folk, Jon Snow might just know something… about what the coming winter full of dreaded White Walkers and their Wight army will really take... which might just be why Stannis’ scary sorceress Melisandre has her eyes on him. 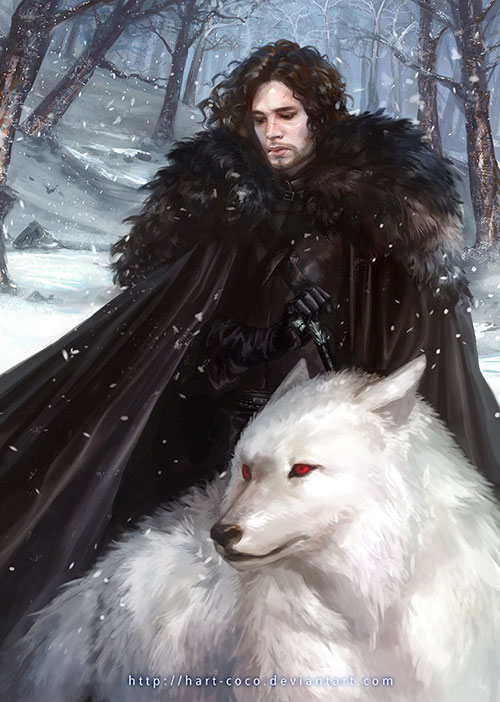 Sansa’s whirlwind ride has been epic; once betrothed to and tortured by King Joffrey, she was saved by master game players Olenna Tyrell and Lord Petyr Baelish “Littlefinger,” from a horrible fate and secreted off to the Vale countryside. Of course the drama and body count mounted, as she watched her pervy guardian, Littlefinger dispose of her aunt/his co-conspirator and wife of about 10 minutes, Lysa. As manipulative and scheming as Littlefinger is, Sansa is catching up to him by lying on his behalf to save him from punishment for killing Lysa – a calculated decision to align herself with him as she knows his intentions, whereas the Lords of the Vale are unknowns… and if there’s anything Sansa has learned, it’s that the game of thrones involves cold calculation and favors that can be used for future gain. 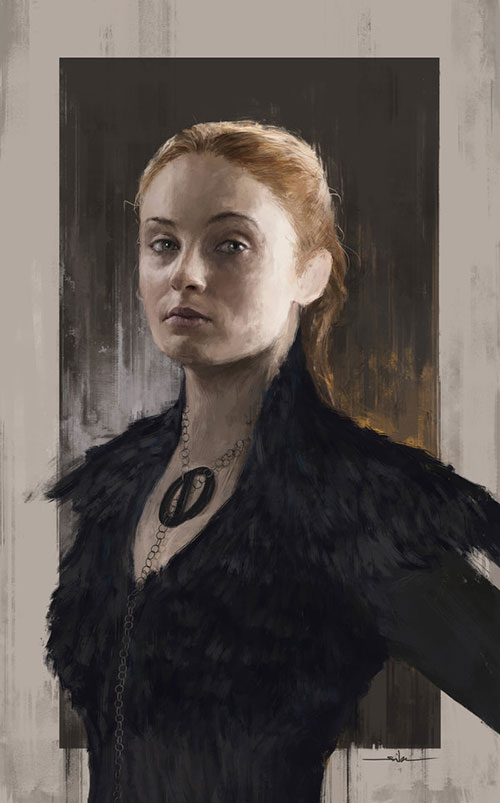 Petyr Baelish has always been behind the scenes, manipulating people and scenarios for his own personal gain. (Poison necklace, anyone?) Because Sansa’s mom Catelyn was Littlefinger’s OTP (at least in his mind), his somewhat paternal, somewhat romantic relationship with her dead ringer daughter is complicated, to say the least. With the Lannisters crippled, Lysa dead, and her son, Robin Arryn, whom Littlefinger is promoting as the next Lord of the Vale, by his side, Littlefinger is gathering power by moving his young pawns into position. 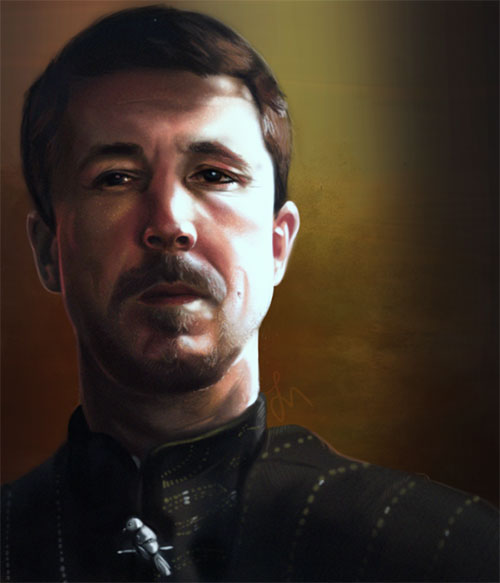 A Needle in a Haystark

Arya Stark is dead to most… and nearly everyone is dead to her OR will be in the future, once she has a chance to slash them off her list. Hardened by all she’s been subjected to, most recently as a prisoner/companion to the Hound whom she left to die after a fortuitous encounter with Brienne of Tarth, Arya was last seen boarding a ship to the Free City of Braavos and a destiny that hopefully has her living – and not dying – by her trusty sword, Needle. 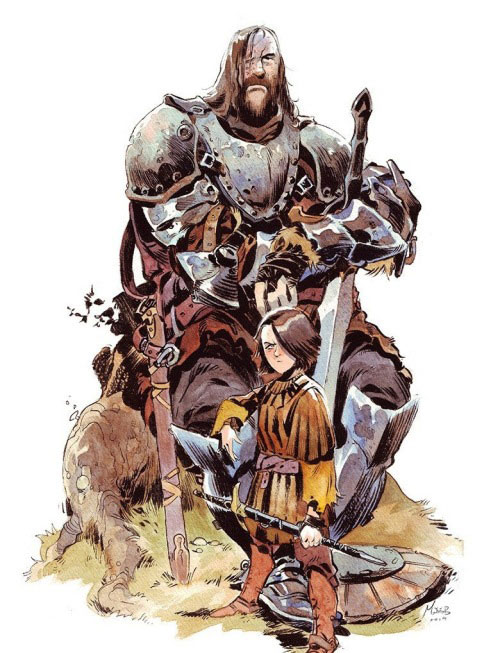 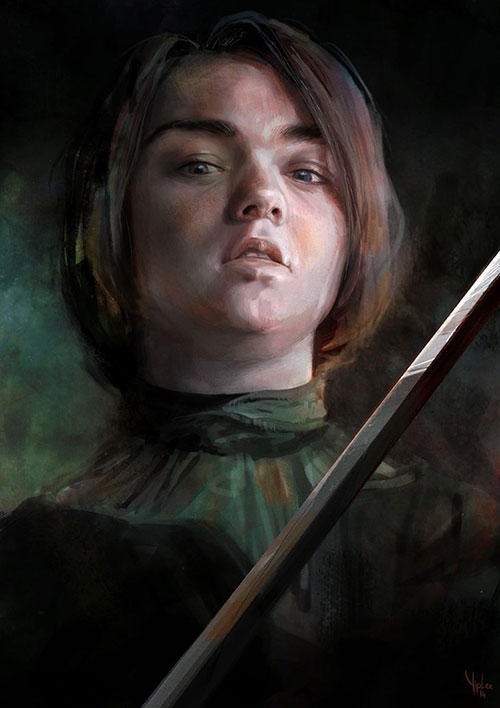 As the Raven Flies

When last we saw Bran Stark, he and his posse of Jojen, Meera, and Hodor had followed Jojen’s greendreams and Bran’s visions of the mysterious three-eyed raven deep beyond the wall to the depths of a frozen hell. All but Jojen survived a Wight attack, thanks to the help of Leaf, one of the Children of the Forest, but the relief lasted only a few minutes and they now face an uncertain and magically terrifying fate deep within the Weirwood Cave. Their prospects, sadly, will be on ice for Season 5, according to GOT co-creator showrunner David Benioff, mainly because The Winds of Winter, the sixth novel in A Song of Fire and Ice series by George R.R., which will reveal what happens next to Bran & co. has yet to be released.