Legend of Korra ended last month after four adventurous but troubled seasons at Nickelodeon. The sequel to the hugely popular Avatar: the Last Airbender had a tumultuous relationship with the network, and after the third season, Nick decided to air the series online only.

But fans who stuck with the show were rewarded with one of the most talked-about finales of the year. (Spoilers ahead, obviously.)

Korra and her once-romantic-rival-now-ally Asami fought off Kuvira to save Republic City. Then, in a coda, the two decide to go on a vacation together in the Spirit World. They hold hands, step toward the portal, and turn to face each other.

There seems almost no mistaking the significance of the gestures, and Legend of Korra co-creator Bryan Konietsko confirmed it on his blog a day later, "Korra and Asami fell in love. Were they friends? Yes, and they still are, but they also grew to have romantic feelings for each other."

While the romantic moment was hugely important for bisexual representation on television – particularly kids' television – many fans wondered what happened next.

If you were frustrated by the handholding (after all, even Aang got a kiss at the end) well, leave it to the fan artists to imagine the next ten seconds for you.

Some imagine a more canon-adhering hand-holding. 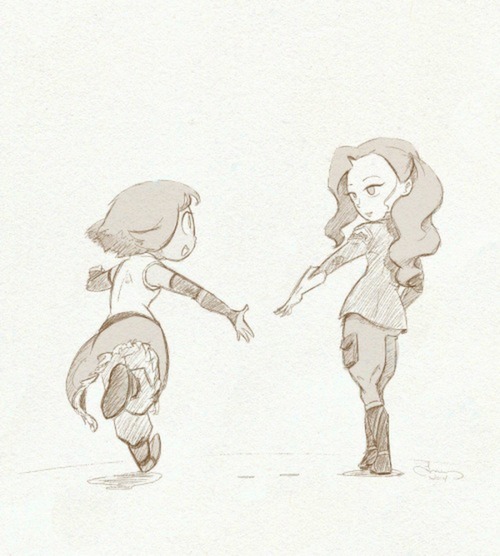 Others picture a more romantic embrace. 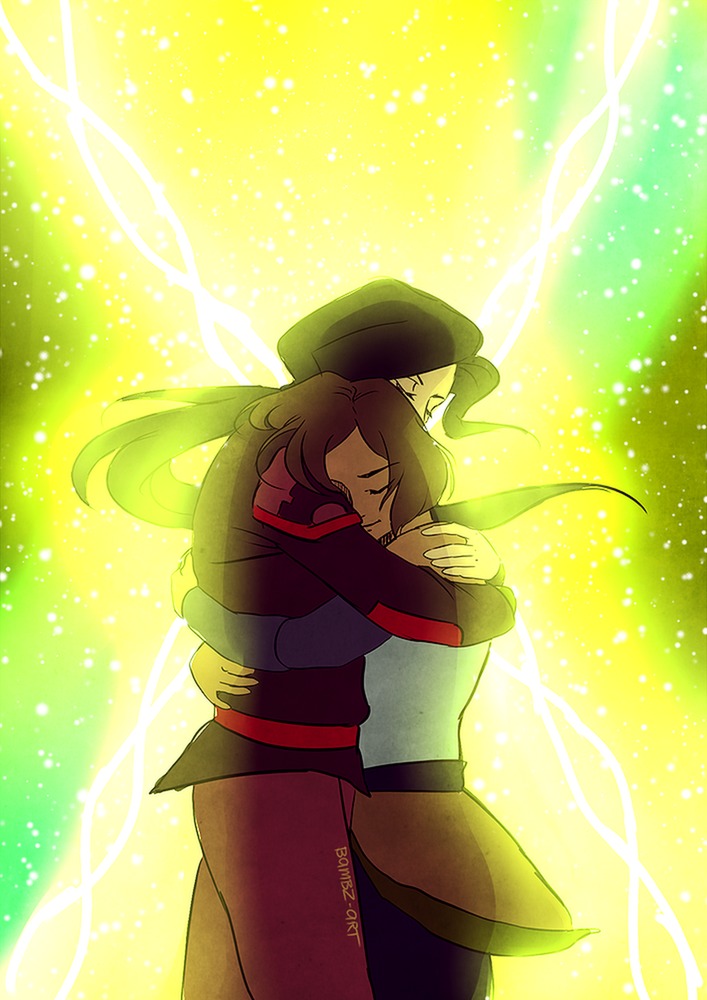 This artist depicts an almost-kiss that would swell even the hearts of Makorra shippers. 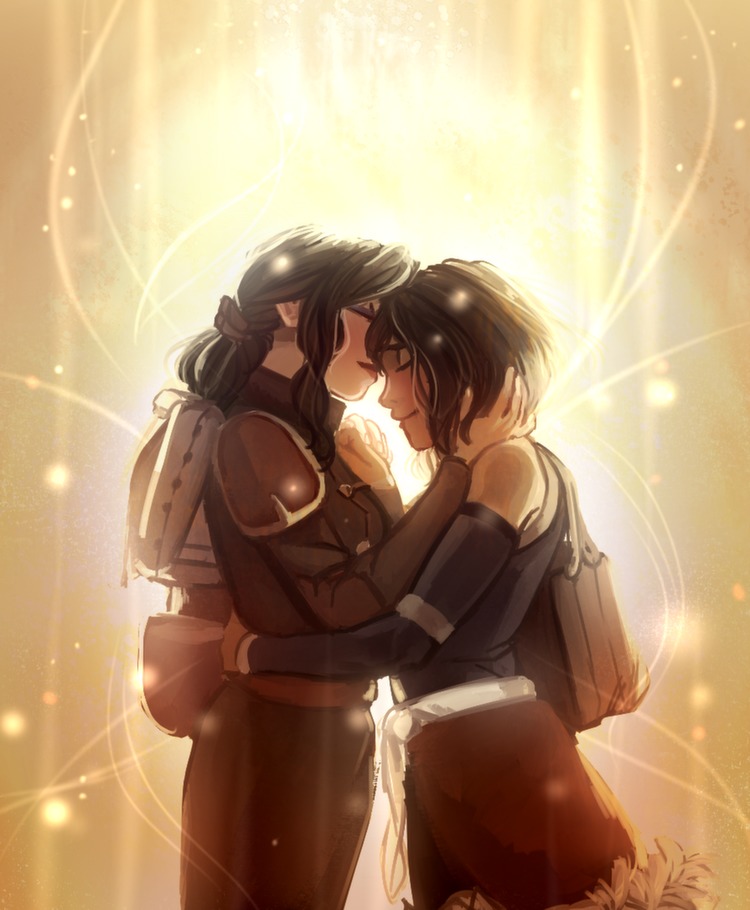 Finally, these artists imagine a kiss, sweet, and tender, right at the opening of the Spirit Portal. 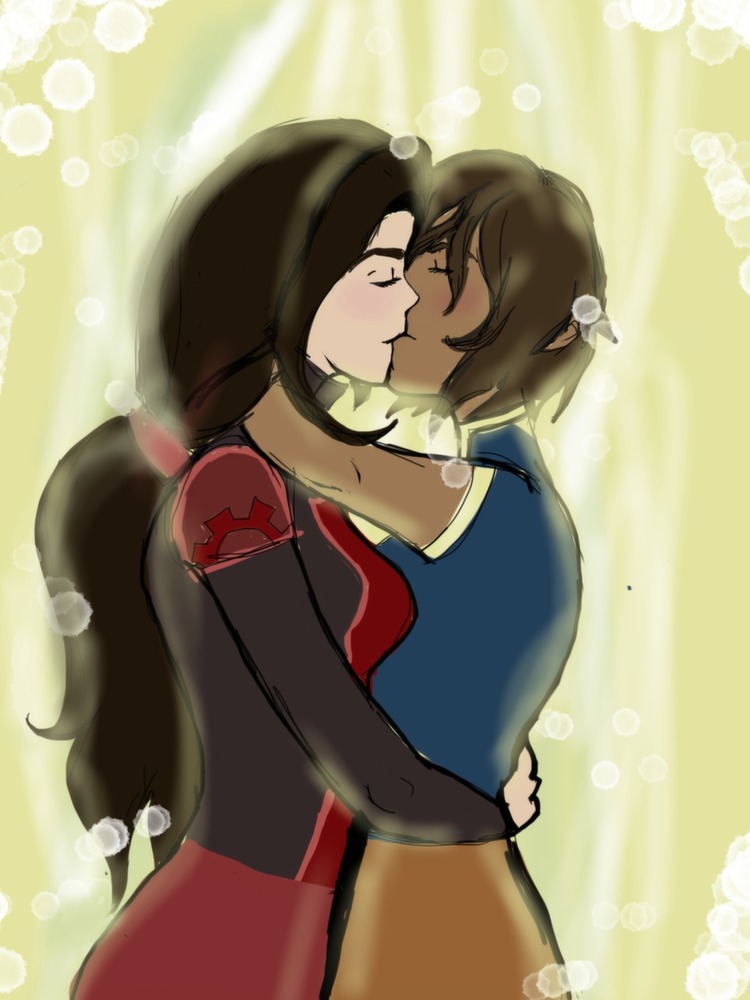 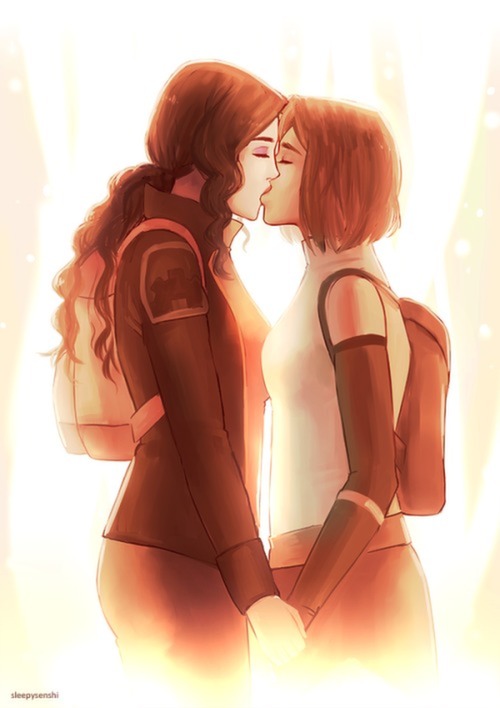 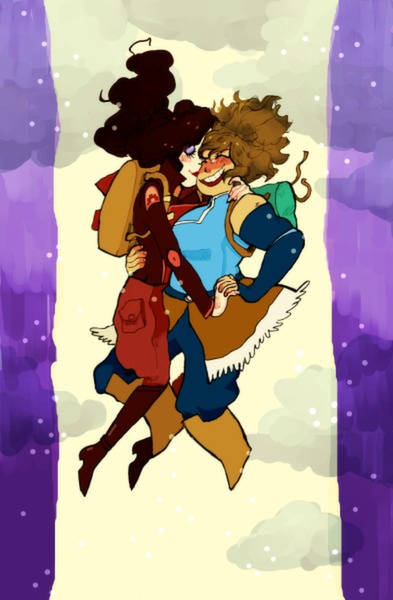 Or they could also chest-bump. They did just save the world, after all. 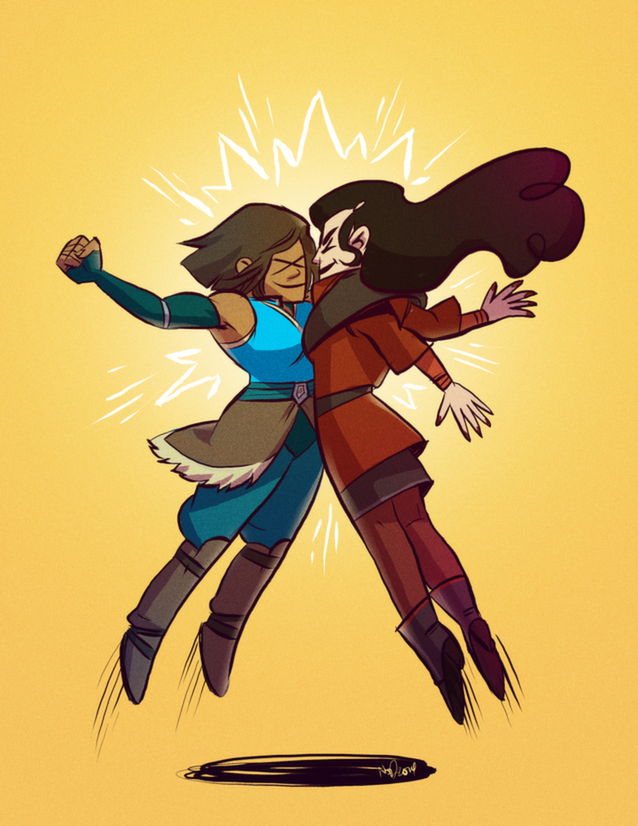 If all this Korrasami talk is making you miss Legend of Korra, you could head over to this Change.org petition asking Netflix to pick up the show for another season. 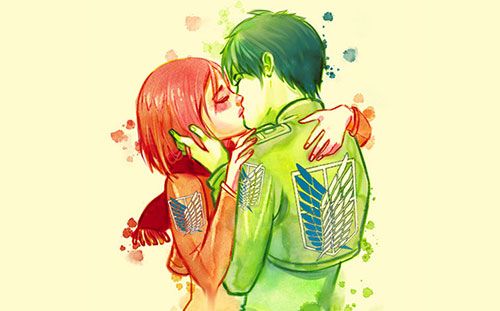 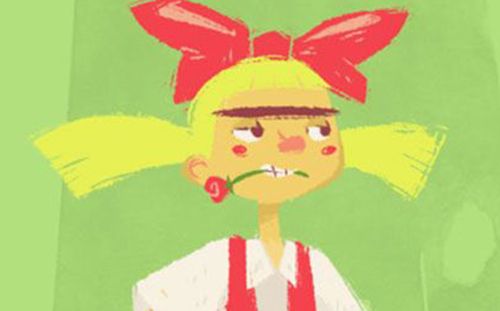