Are the Lannisters actually the heroes of Game of Thrones?

It’s been three years since Game of Thrones captured the hearts and minds of tv viewers everywhere. With regicide, incest, and dragons, Game of Thrones has become the primary cause of FOMO (Fear Of Missing Out) for many. Spoilers have caused rifts in friendships and viewing parties. Nothing crushes a party mood more than saying you are House Lannister.

So if you don’t have time to re-watch the ENTIRE last season to prep for this Sunday’s season 5 premiere enjoy part one of our of Game of Thrones recap.

Season four began with the Lannister family high on power. They recently defeated Ned Stark’s heir, King Robb of the North, and are on the brink of celebrating the royal wedding. With their foes crushed, allies seemingly intact, and the return of Jamie Lannister from captivity to King’s Landing, it seemed everything was coming up Lannister... until the sociopathic King Joffrey was murdered at his own wedding reception. I mean who didn’t applaud when that product of incest kicked the bucket? The murder of Joffrey resulted in the civil war transitioning from the field to within the Lannister clan as Cersei accused her brother Tyrion for committing the crime. 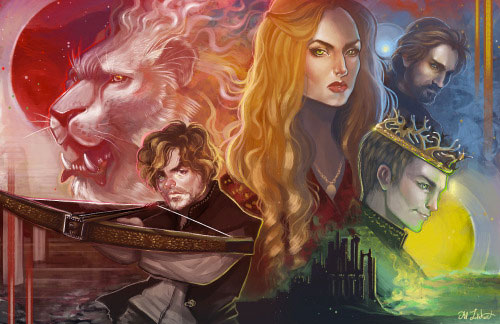 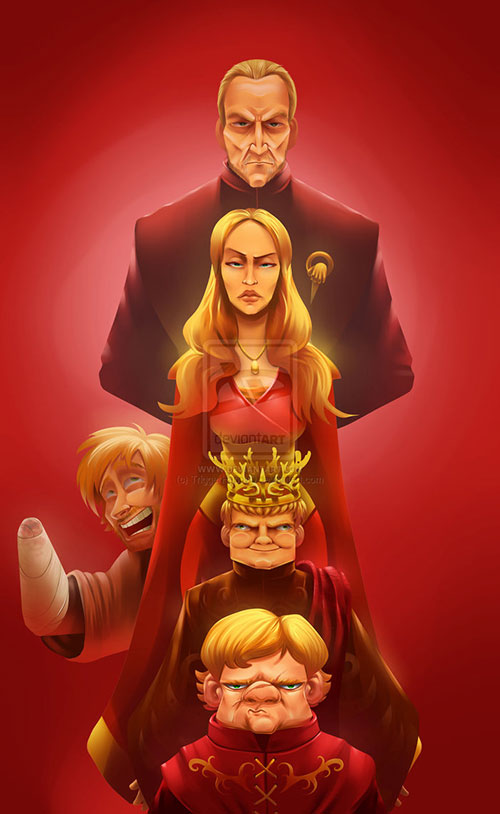 By fighting amongst themselves, they will only destroy each other as darker Lannister truths are revealed. Did anyone else call their impending bankruptcy? I mean when your unofficial motto is “A Lannister always pays their debts,” you’ll rack up quite the deficit!

THE REAL HOUSEWIVES OF KING’S LANDING

Cersei may only be the Dowager Queen of Westeros, but in season four she still wielded the most power as the mother and advisor to young King Joffrey. However, when the beautiful Margaery Tyrell became the fiancee to the teen King, Cersei felt her power threatened and didn’t hesitate to terrorize her soon-to-be daughter-in-law. 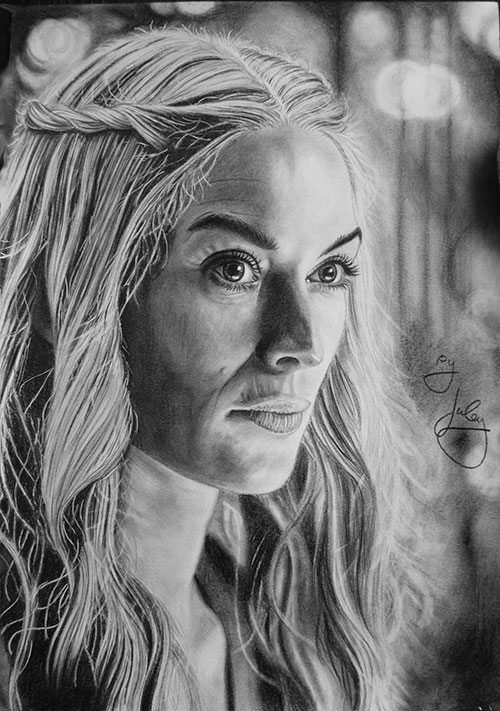 But when Joffrey is murdered, her entire world shifts out of control. Cersei, wasn’t it you that warned us that, “When you play the game of thrones, you win or you die. There is no middle ground." Things are not looking up for this lioness.

On the other hand, Margaery and her clan seem to be the only ones thriving in King’s Landing. Initially an enemy of the Lannisters, the Tyrells strategically shifted their alliance during the Battle of King’s Landing. Lady Margaery will do anything, even marry the demented King Joffrey, to be on the throne. 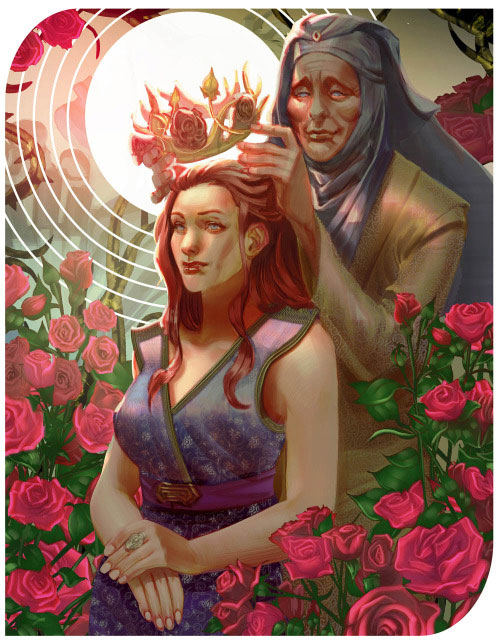 Margaery’s grandmother and matriarch has a better long term solution to getting their family on the throne. Realizing that Joffrey is a complete monster, Lady Olenna Tyrell helped orchestrate the young King’s assassination so that her granddaughter might marry the sweeter, less sadistic heir, Tommen. Not only did this 80 year old woman get rid of the thorn in everyone’s side, but she assisted in the rescue of Sansa Stark and for that we are eternally grateful.

The most underrated person in King’s Landing is Brienne of Tarth. After delivering Jamie Lannister to King’s Landing on behalf of the now-deceased Catelyn Stark, Brienne must delicately navigate the Lannister riddled kingdom. Though now friends with the Kingslayer, Brienne’s loyalties remain with the Starks and the former Renly Baratheon kingship. 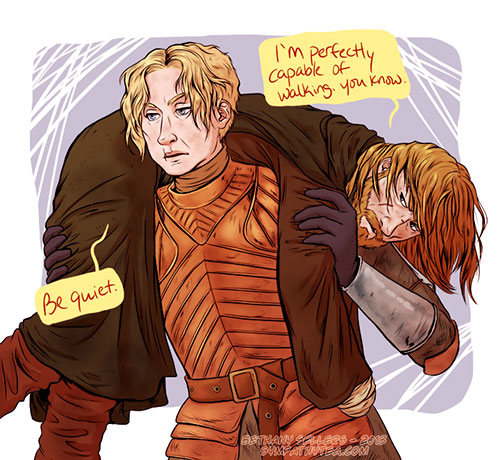 She might have feelings for Jamie Lannister but she won’t let it stand the way of her duty to rescue the Stark girls. With Podrick as her squire, her quest to the North might bring some much needed humor to the fifth season.

When Cersei accused the only functioning member of the Lannister clan of murdering her son, we were shocked at how many people took the accusations seriously. Tyrion Lannister, the dwarf son of patriarch Tywin Lannister, is, in all honesty, the only rational member of the Small Council. While his father was away at war, he served as interim Hand to the King, throwing tough truths at the bratty ruler and saving the kingdom from near-destruction. However, poor Tyrion is always the bridesmaid. He never receives the respect he deserves from his family, but he is most definitely the murderer of the King. 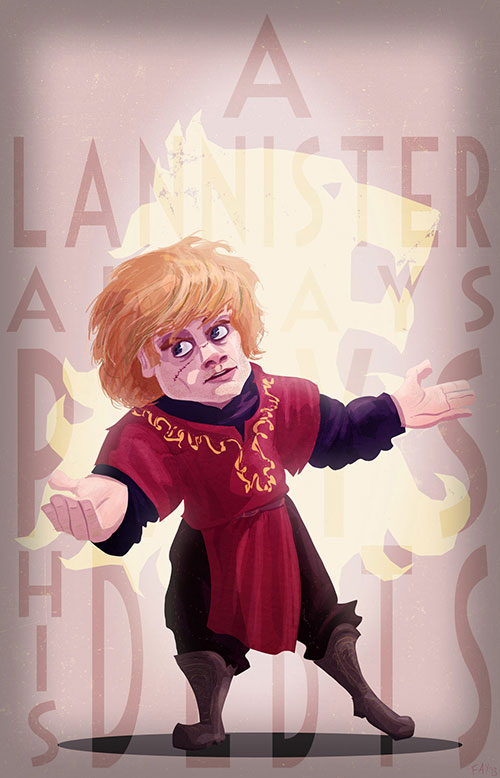 We almost sobbed when Tyrion shouted at his trial, “I'm guilty of a far more monstrous crime: I'm guilty of being a dwarf!”

When both Jamie and his hired hand, Bronn, refused to defend his honor, the swarthy Oberyn Martell stands up for the intelligent Imp. Martell knew that the Mountain would fight on behalf of the accuser Cersei, and Martell sought revenge against the Mountain for killing his sister. Unfortunately, Oberyn failed in his attempt for revenge during the bloody battle. 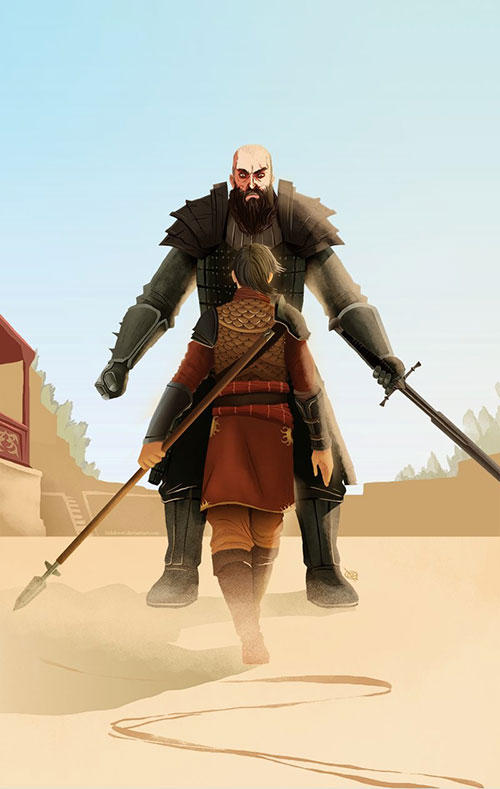 All hope seemed lost for Tyrion… until Jamie returned to Tyrion’s cell and helped him escape. However, before he fled to the Free Cities, Tyrion stopped by his Father’s room, only to find his love Shae in his father’s bed. When Shae attacked him, Tyrion killed her, then immediately felt regret. 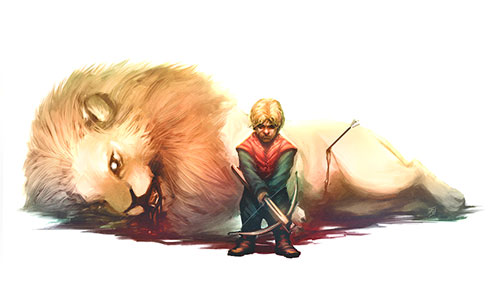 Tyrion then confronted his father in the bathroom. Tywin, unable to pacify Tyrion’s rage, was shot by the son he never respected. Finally, Lord Varys helped Tyrion escape to the Free Cities.

This only scratches the surface of the all drama that occurs in Westeros. Be sure to check out our other upcoming pieces to catch up with all details. Don’t forget to tune in this Sunday on HBO at 9 pm ET/PT for the season 5 premiere of Game of Thrones.