Given that Valentine’s Day was essentially an early expression of fandom – it began either as a celebration of various martyred saints named Valentine or Valentinus OR as the Christian version of the Pagan feast Lupercalia… with loads of classic artwork depicting both of these angels – the best way to honor your ship is to get him/her/them a card that speaks the language of binge-worthy love. Here are our top 10 obsessions this V-Day: 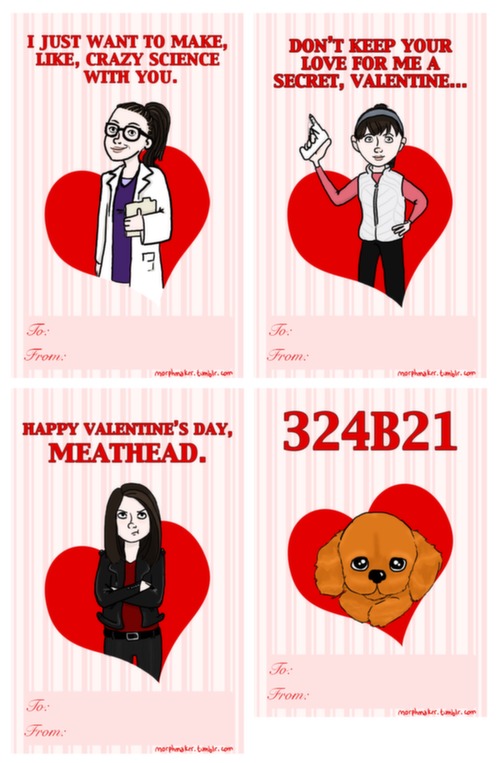 Every wizard knows the reason that Amortentia – the most powerful love potion in the world –  works is because it overwhelms the intended with the scents that attract them the most. These clever Valentines will cast a spell on any Potterphile with inside jokes and enchanting illustrations. 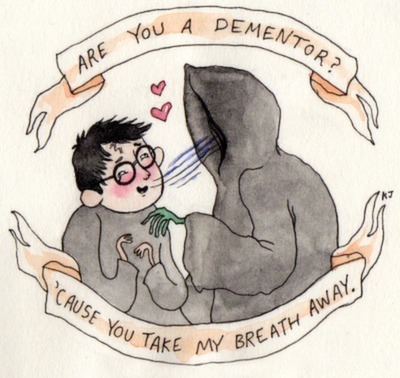 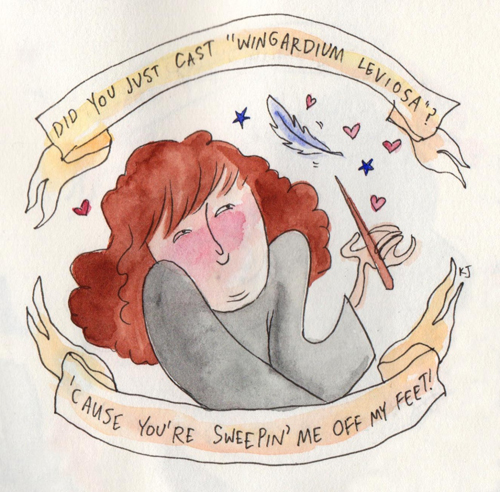 Talk about bringing on the thunder! Thorki is a kinky ship, given that the two Norse Gods are also brothers. Still, we’d love to see these two warriors hammer out their differences and hug it out. 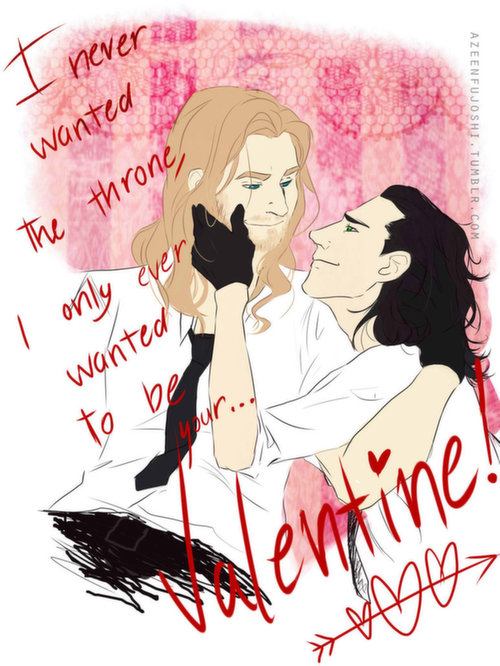 Although they are the stuff of nightmares, Freddy and Jason do make a haunting pair. This is the bloody Valentine for someone you’d kill for or die for… or both. 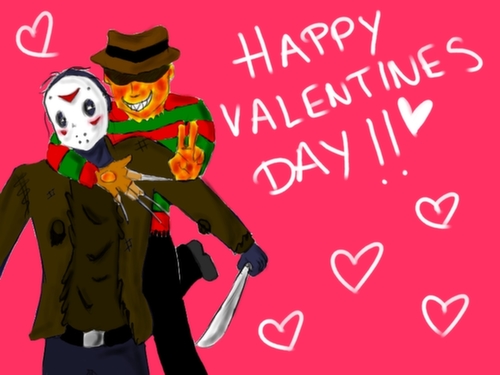 From the Heart of the Shire

For LOTR fans not ready to put a ring on it but committed enough to send a small Tolkien of affection, these cards featuring dwarf warriors, Dwalin and Balin, are perfect for your precious. 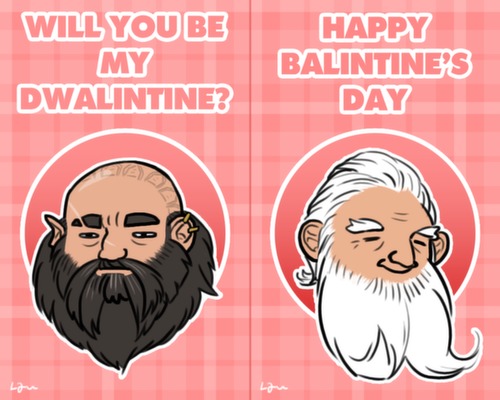 Shoot that Arrow Through My Heart

If you’re in love with a wounded angel and wondering when the #&$^% your intended will drop his/her guard, then Daryl Dixon’s your man for scoring a bull’s-eye right in the heart of the V-Day matter.  Who knows – maybe it’ll get you a little love bite in return. 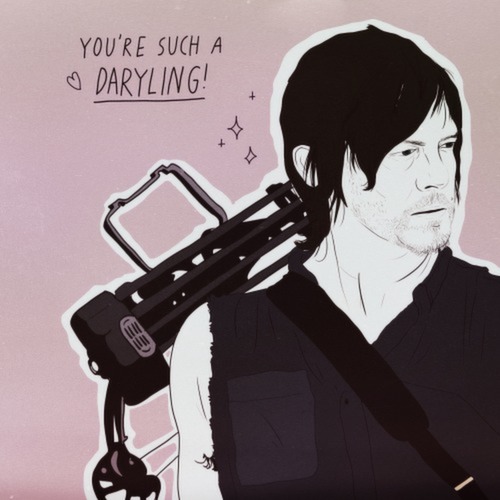 Despite that fact that weddings can get bloody as hell in the Seven Kingdoms of Westeros, love still reigns supreme. And we’d love a little wilding-style romp with Jon Snow, master of swordplay, king of the caves, and Night’s Watch coolest hottie. 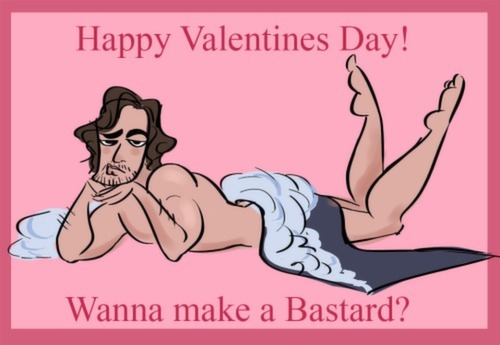 Put some pants on, you got a case… of puppy love. This is the perfect valentine to give your favorite blogger. It’s elementary. 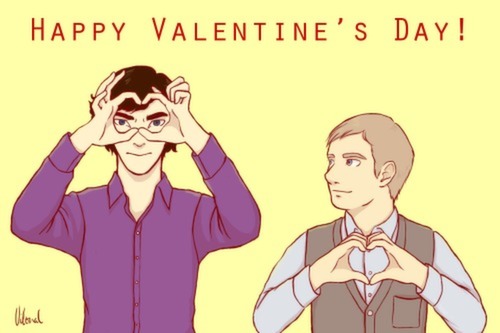 Listen, if Stiles Stilinski can nervously word-vomit his way into your heart, you can gather up the courage to give this valentine to your crush, or your best friend, or the Alpha of a rival pack. 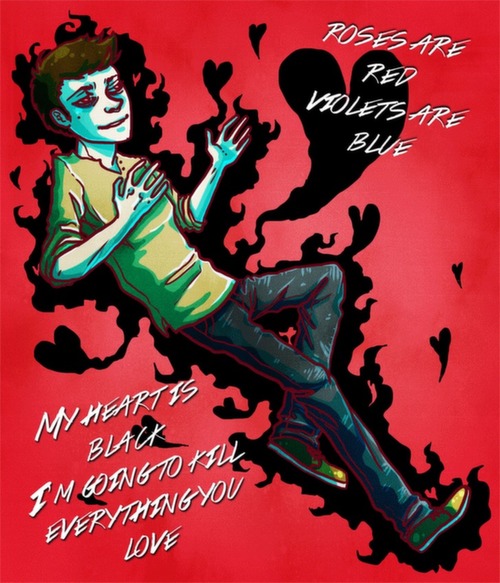 Whovians will appreciate this valentine based on the Weeping Angels. Or maybe they’ll be terrified because the Weeping Angels are one of the freakiest monsters they’ve ever had on Doctor Who. But we can’t blame them, I suppose, they have hearts of stone after all. 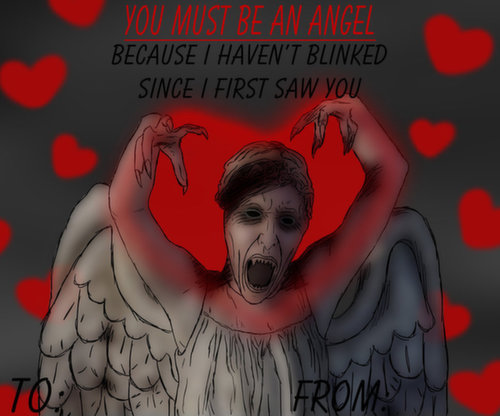 I Have a Heart On

Sure, Team Free Will has terrible luck with the ladies, but we have to assume your luck will be better if you use these valentines. (If not, you know what to do — salt and burn.) 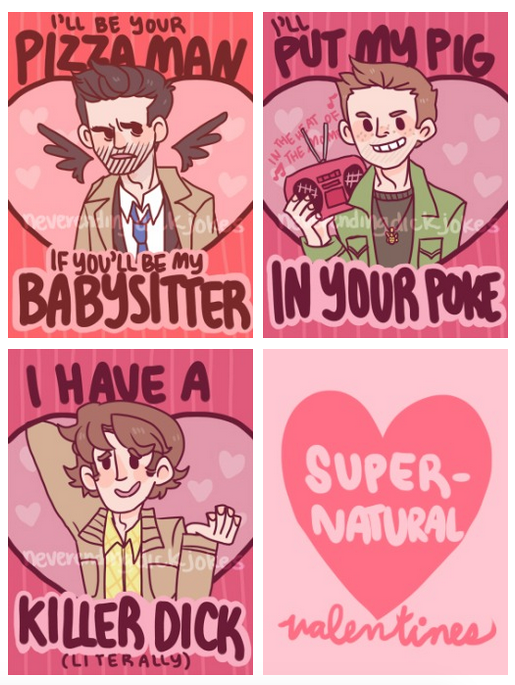