In the opening moments of Anna Campbell's short documentary, we see a fan surfing Tumblr on her laptop as a TV in the background crashes through the opening titles for Supernatural.

It's a familiar, comforting POV for fans of the show that's ranked the most popular on Tumblr in 2014. Campbell's documentary celebrates the Supernatural fan community, a group that exists in huge numbers online and in small real world pockets across the globe. The film's immediate hook is incredibly simple, attaching faces and voices to ideas usually associated with usernames and digital text, in the process humanizing fangirls, fan culture, and their obsessive quest to improve the shows they love.

A fan artist herself, we spoke to Campbell about her art, her techniques, and the importance of seeing yourself represented onscreen.

What are your main fandoms?

Right now I'm sort of just in the Supernatural fandom, which I've been with for four years, since the end of Season 5. But I count myself as a perennial Trekkie! My mom was in Star Trek fandom, and I was sort of raised in it. Whatever else, that's always my home base!

Tell me about your art. How did you get started? How long have you been doing it?

I've been doing art broadly speaking all my life, but as far as digital art and graphic design goes, I started fiddling around in Photoshop in high school. It's only in the past few years or so, though -- since I got into Supernatural, really -- that I've actually done fan art with it. Supernatural fandom's just so full of amazing artists with a humongous diversity of talent, that I was inspired to take a chance and put my own stuff out there. 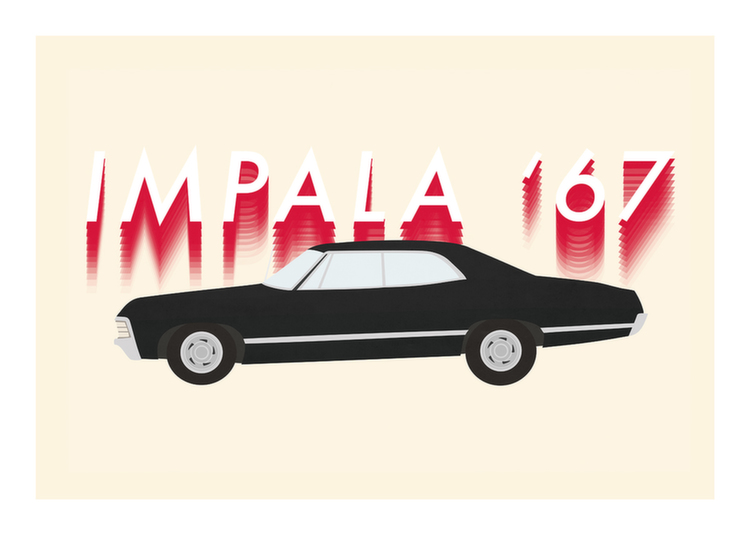 Pretty naively, I used to think you could only do fan art if you were a portrait artist, and though I will always be in awe of people who can draw and paint like that, that wasn't the type of thing I was interested in making myself. But then I saw people making holiday cards and stickers and phone cases -- you name it -- and I realised that the world of fan art was so much more full of possibility than I knew. Since then I've made fandom inspired beer labels, postcards, posters, stickers, etc. It's been so much fun!

Tell me a little bit about the process of making your short documentary and the reception.

The short film was an assignment for a class I'm taking, but I'd had the idea for it brewing in my head for a while. I've always been a huge fan of the Trekkies' films about Star Trek fandom, and after being in Supernatural fandom for four years, I realised it has a lot of comparable eccentricity and enthusiasm surrounding it. It's only smaller by virtue of being younger, I think, but wait 30 years, I wouldn't be surprised if Supernatural became just as much as a cult megalith.

The Supernatural fandom has had so much of an impact on the show itself. They've made episodes about their own fandom! Fandom reception has killed off characters (for better or worse), and brought them back (again, for better or worse -- mileage may vary!). The producers and writers of the show must recognise this, because they're incredibly interactive with the fandom, and the actors attend multiple conventions a year. It's a very active and vibrant place, for all its internal codes and grievances. No fandom is perfect, and Supernatural fandom has caused me maybe more pain than the show itself over the years (which is saying something, for Supernatural as a show is like an angst engine), but only because it's simply reflective of life and all its successes and failures. It's a community. And it's really been a home to me, in many ways. And so I wanted to give back to it in whatever way I could.

"Supernatural fandom is a community. And I wanted to give back to it in whatever way I could."

I made a general call out on my Tumblr blog for people in the area who would be interested being interviewed. I had a fair number of followers on that blog, mostly for my participation in Supernatural fandom, so I hoped it would reach a good amount of people. Plus I already knew some people in the area through Tumblr, whom I had become good friends with in real life. In fact, getting people to be in it wasn't the hard part, as I actually had more interest initially than I could handle! I had about two hours of interview content that I had to scale down to two and a half minutes to fit the constraints of the project. I really want to continue filming to see if I can make something closure to feature length, but who knows. I'll probably need a better camera! 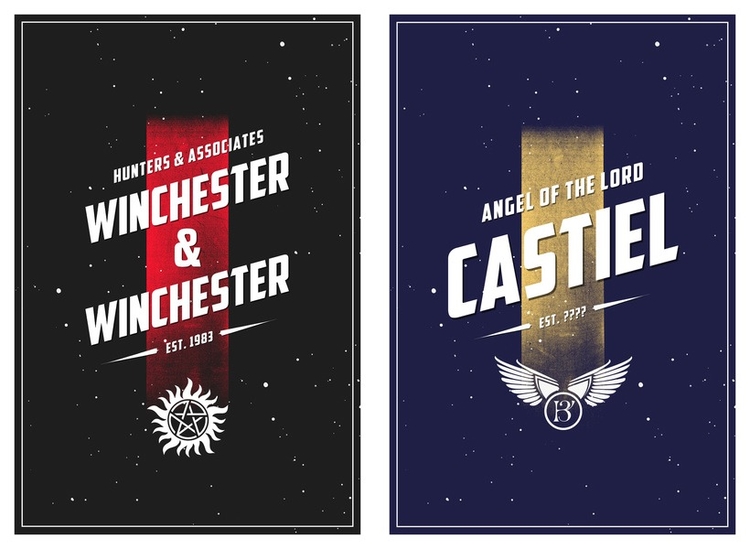 But yeah, I think people really liked it! I can't speak to the mark I got on it from my professor, but my friends who were in it, my followers on my new Tumblr blog, they all seemed to really get a kick out of it, which means so much more than any grade I could get. It means a lot for people to see themselves reflected in media, in stories. It's one of the reasons fandoms thrive in the first place; they've long been places for people to express themselves and their identities, even if those identities aren't represented in the object of the fandom itself (Supernatural fandom knows this fact pretty intimately). And I'm just truly happy that people were able to see themselves in the film that I made, 'cause that was the real goal all along.

"Fandoms have long been places for people to express themselves and their identities, even if those identities aren't represented in the object of the fandom itself."

What would you like to do with your life, and do you see your fandom life playing a part in that?

I'm currently in school to become a screenwriter, and so if I have any success with that, I would certainly hope fandom will play a part in everything! The ultimate goal of course would be writing for my own TV show that would have its own fandom. I think people my age are in a cool and unique position in that we're the first generation to grow up with the internet, and the first, then, to grow up with the fandom possibilities the internet has enabled. We've never interacted with culture any other way, and that will only start to change cultural production itself more and more -- more than it already has! Certainly it won't be any other way for me. 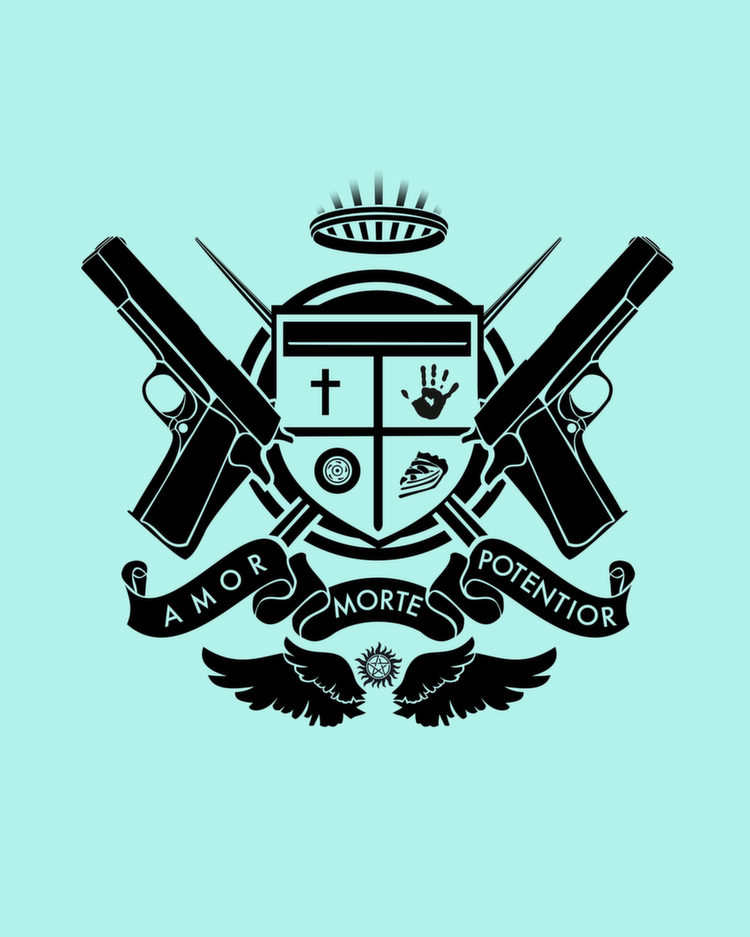 I have a degree in art history and another in spirit from fandom, and so I've been looking at how people interact with art and culture for a long time. Once you know the possibilities of how something can be seen and read and interpreted, I think that changes however how you write and draw and make it, whatever it is.

I love the Dean/Cas owls art. It's a great t-shirt for someone who's passionate about the fandom but maybe not super open about their slash ship in public. Have you grappled with that line between when to be public or private about your fandom? Can you talk about how you approach the stigma that accompanies fandom? 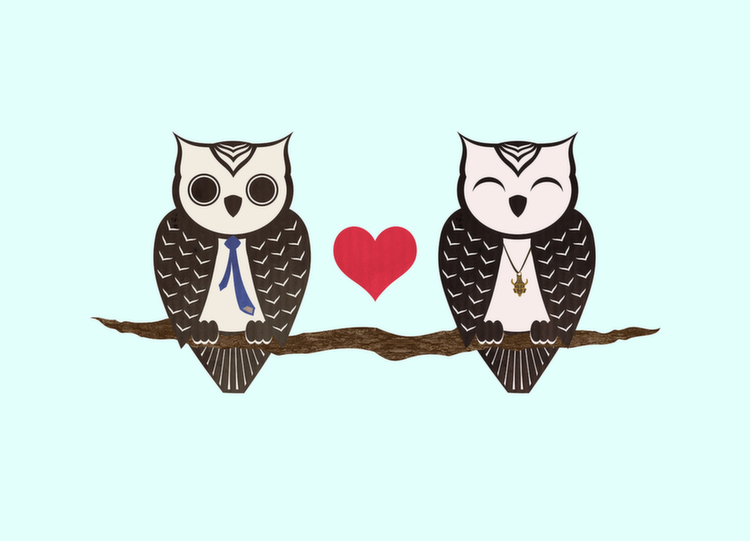 I've actually never really been private about my fandom life in my every day life mostly because I grew up with a mother who was also interested in fandom, who read fanfic, who loved to talk about it and support my own interests. It was rarely something stigmatised in my environment, and so I've always treated it as an open part of me. Especially when it comes to interest in Dean/Cas and other slash ships, they also provide a good icebreaker to talk about my own queerness, or reference queer subject matter without directly coming out, depending on how comfortable I feel in the conversation. Fandom in that way has always been a good vehicle in which to approach the "outside" world as it were, as much as escape it. 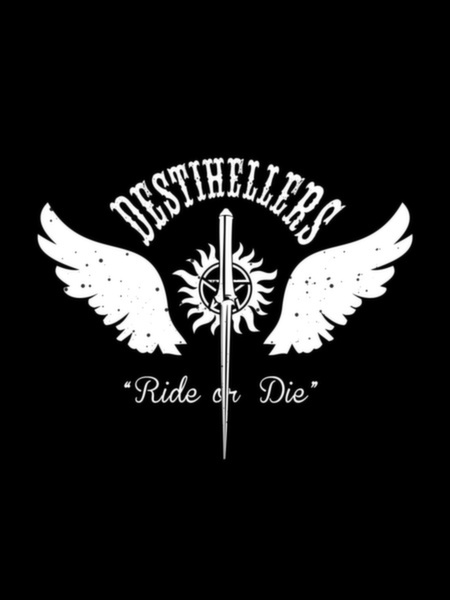 But I've definitely felt the stigma less directly. There exists not only a stigma against people interested in pop culture subjects, but those subjects themselves as valuable pieces of culture. As someone who studied art history for four years at university, I've experienced first-hand elitist attitudes towards pop culture versus "fine" art. I think that general dismissal of pop culture as something "trashy" or "superficial" is what produces the stigma against fans of it, and their fandoms. If you view pop culture as lesser than other forms of culture, of course you're going to view enthusiasts of it lesser than, say, enthusiasts of Raphael or Mozart. They're just known as connoisseurs, not fanatics. But like other people have said before me, that dichotomy has always been a bit ironic and hypocritical. Raphael basically only ever painted Bible and Greek philosopher fan art anyway.

I wanna talk a little bit about your style because it's lovely and very specific to you. What tools/technique do you use? How did you develop your style?

Aw that is so kind of you to say! I always use Photoshop as a finishing tool, but I often make my own textures and illustrate my own type. My non-digital style is collage, and I've sort of tried to fuse that into my digital work, too. Inspiration-wise, I'm sort of all over the place, but as far as my own design aesthetic goes, I probably owe it the most to vintage Penguin book covers and Peter Saville. They both taught me that the simple is worth struggling for.

What other fan artists are you into?

Oh wow, I have so many fan artists I love! The people I am definitely the most envious of are probably my friends Rikke (http://unbefreakinlivable.tumblr.com/) and Rengim (http://mycolour.tumblr.com/), and Peri (http://anobviousaside.tumblr.com/), whom I desperately wish I could be friends with because their style is so amazing!

If you're interested in any of Anna's art, you can find it on t-shirts, prints, tote bags and more at society6.com/clockworkrobots. Follow her blog on Tumblr at dirtyovercoats.com. And if you'd watch a feature documentary about the Supernatural fandom (I definitely would), go ahead and let her know on Twitter at @clockworkrobots.