Fan theories are everywhere on the internet. They can be as elaborate as the Pixar Theory, which details how every movie Pixar makes is connected in a universe run by BNL Enterprises and strung together by Boo from Monsters Inc. or as simple as Courage the Cowardly Dog shown through a dog’s POV. It seems as though every day a new fan theory emerges, breathing new life or a new interpretation into beloved fandoms. 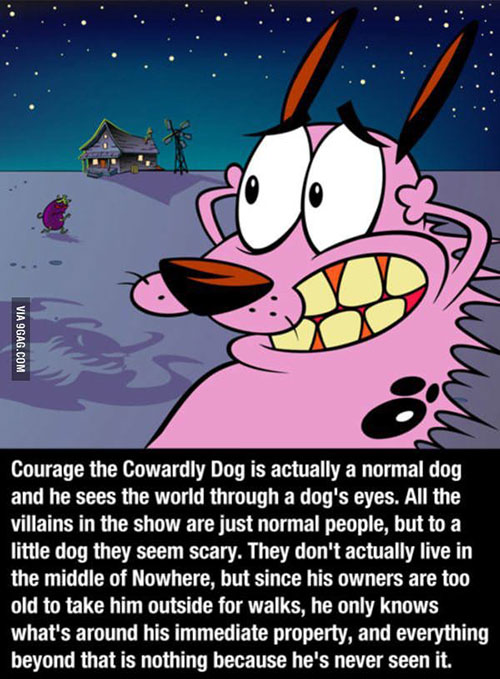 Recently, criticism of fan theories has posed the question: who is allowed to interpret popular works of fiction? Is criticism only for the most educated of scholars who pore over a work and dedicate their lives to the interpretation, or critics who have made a career out of reading books or films? 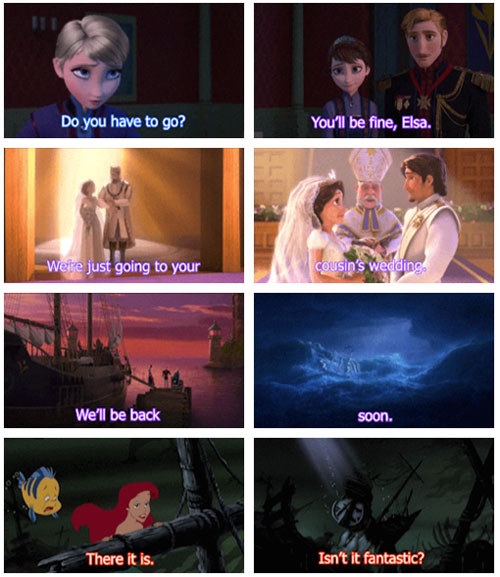 Often dismissed as “merely” fanfiction, fan theories have come under fire, labeled “a stretch” at best, or “trivial nonsense” at worst. Movie Mezzanine recently published a scathing dismissal of fan theories titled “Why Fan Theories Are Destroying Film Discourse” in which the author argues, among other things, that fan theories are “embarrassing” and “replacing critical analysis” as if a group of people who love a work cannot and should not be able to read into a work of fiction like “proper” film scholars can. As if the only ideas that truly matter in film discourse are those held by high-class publications by those who have “Film Critic” in their personal bylines. 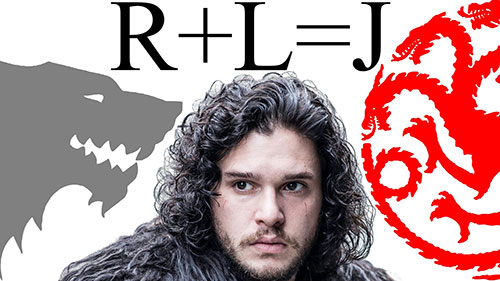 What the author, and presumably most other critics, fail to realize that fan theories are ways for a fandom to engage with works on the ground floor. Often, they are written by people who truly and deeply love the works themselves and they aren’t written for profit or for critical esteem, but merely to pose questions of works and generate widespread discussion. 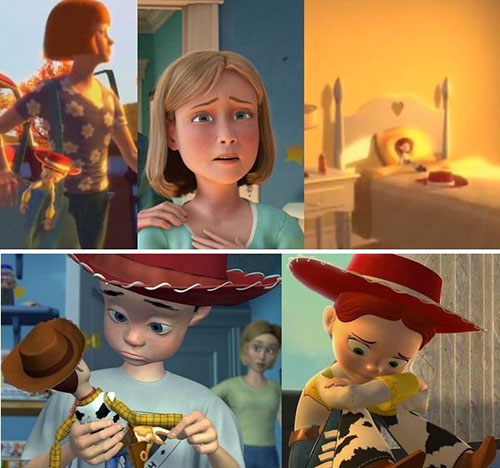 There is a condescension that is ultimately hurtful to the discussion of film and fandoms because fan theories are not seen as “legitimate” theories, but the byproduct of wishful thinking and, even more insulting, an inability to generate coherent thoughts. Take, for example, an excerpt from the aforementioned Movie Mezzanine article discussing the fan theory that Owen Grady from Jurassic World is actually the child in the beginning of the original Jurassic Park film:

“That certainly sounds cool, and would be a nice, if random, tie-in to the 1993 film. But what’s the evidence backing this theory? Well, see, the kid in Jurassic Park is only credited as “Volunteer Boy.” So his name could be Owen! Also, Chris Pratt is only a year older than the actor who played Volunteer Boy, so the timeline could fit! Also…um…hey, look, something shiny!”

What he is essentially saying is that a fan posed a possibility that there may be a tie in between the two films stemming from…their ADD? Talk about lack of evidence. 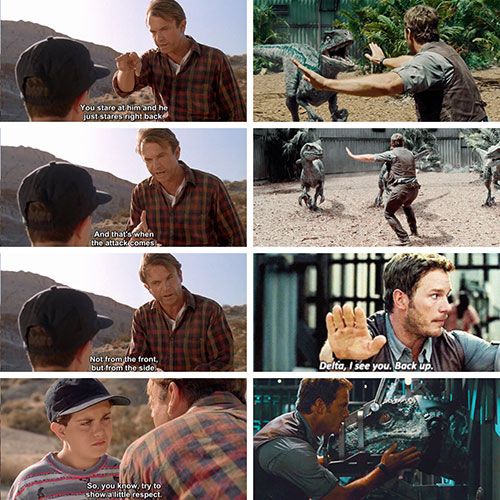 And look, are all fan theories the definitive, end-all-be-all of a work of fiction? No, but that’s the point. What use is art if not for the masses to engage with each other in discussion of it. Or are the only people allowed to discuss film theory the elite “in the know”? By your opposition to fan theory, you are fundamentally excluding a portion of the population who bring new thought, new meaning to the works being discussed.

The point of fan theories is that they are theories generated by fans of the work. It sounds reductive, but it’s true. If you’re a mega-fan of Harry Potter and you’ve got an idea about the interpretation of the prophecy, it’s useful to discuss with other fans, if only to shed new light on a widely celebrated book series. 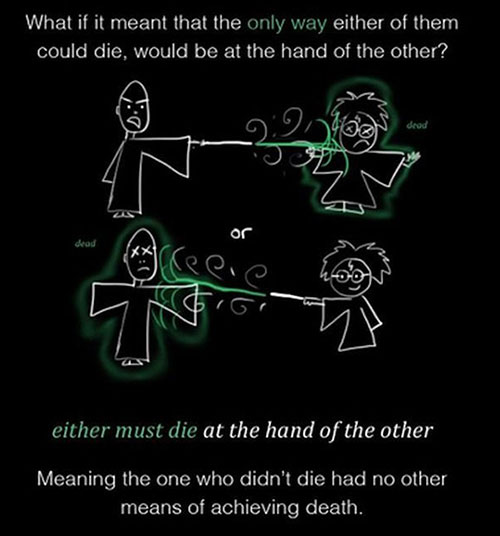 Though often theories are used to connect and expand stories, there are a multitude of theories that rely on taking otherwise happy, cheerful shows and turning them on their heads. Take, for instance, this recent interpretation of Friends:

My proposal for how hit 90s TV sitcom Friends should have ended. pic.twitter.com/S7D3j2E3z5

Dark, I know. Or this theory about classic Nickelodeon cartoon Rugrats. 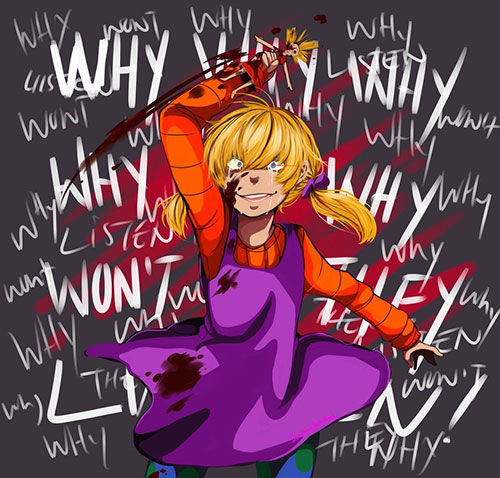 “The Rugrats really were a figment of Angelica's demonic and unimaginable imagination. Chuckie died in 1986 along with his mother, that's why Chaz is a nervous wreck all the time. Tommy was born in 1988, but he was a stillborn, that's why Stu is constantly in the basement making toys for the son who never had a chance to live. The DeVilles had an abortion in 1990, Angelica couldn't figure whether it would be a boy or a girl thus creating the twins.” (Via http://creepypasta.wikia.com/wiki/The_Rugrats_Theory)

Again, yikes. It’s a pretty dark reading of two otherwise happily-ended shows. But let’s discuss why fans might be making theories in the first place. it’s certainly interesting to think about the psychology behind fan theories that present the darker, more psychotic possibilities of popular sitcoms or children’s shows.

Why are these theories so popular, despite the fact that they essentially ruin what we have grown to know as inevitable facts about beloved film and TV? The answer may stem from our own insecurities about life; why should these characters live a seemingly perfect life when there is so much wrong in the world? It’s a frightening form of double escapism. We absorb works of fiction because they are an escape from the every day and yet when that fiction is too much of an escape, we begin to wonder how things could be so perfect in a sitcom or children’s TV show.

Because fan theories are about more than just fanfiction. There’s a reason people develop them and search for clues to make them work, and it’s perhaps deeply rooted in psychology. Which is why the finale of How I Met Your Mother was so polarizing. People hated the fact that Ted didn’t get his happy ending with Tracy, but others argued that real life doesn’t always have a happy ending. These are the same people arguing over the darker fan theories on the internet. We want to believe that people are inherently good and can live their lives with no complications, but sometimes that simply isn’t realistic, so we adjust.

But then again, that’s just my theory. 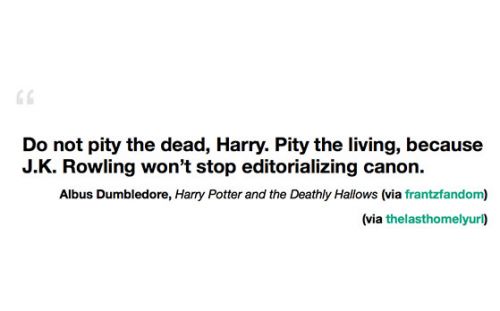