This artist is making a poster for every single X-Files episode.

Hyped about The X-Files reboot? Yeah, us too, but maybe not as much as J.J. Lendl, a graphic designer from Pittsburg. J.J. is embarking on “The X-Files Poster Project” during which he will create a cinematic-style poster for every episode of The X-Files. 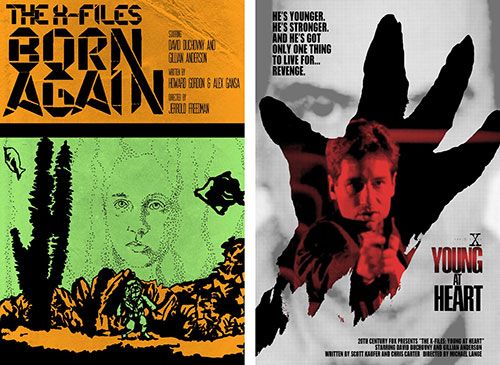 You can view the collection at xfilesposterproject.tumblr.com.

We emailed Lendl and he filled us in on this fantastic, if not daunting, undertaking:

Lendl: I've been interested in graphic arts since I was old enough to hold a pencil. I guess you could even say I started doing freelance graphic design work as early as elementary school - fellow students would ask me to sketch them wearing the jersey of their favorite sports team in exchange for their snacks at lunch. Thankfully, as I got older I realized you can make more than candy from working in graphic design.

WTFD: What made you choose The X-Files for this project?

Lendl: The X-Files has been a favorite of mine since the show started airing. Watching the show was like a ritual as a child, sitting down in front of the TV, heckling your parents to make sure the family doesn’t have any plans the night it’s on that would take you away from the TV, and if they do have plans, double checking the VCR timer is set correctly three times before your leave for the night. When I was trying to figure out my next project would be a year and a half ago, I was inspired by Juan Ortiz's amazing work creating retro posters for the original Star Trek TV series. Not long after, I was out with friends at a restaurant and The X-Files came up so I started doodling Mulder and Scully on a napkin and something clicked. I created one poster a day for everyday that next month and started asking fans for episode suggestions through my site after that. 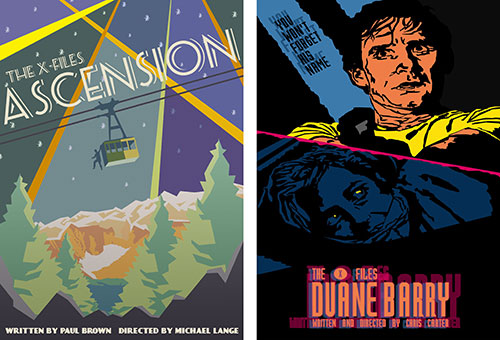 WTFD: What you’ve done shows a serious amount of commitment. What motivates you to continue with the project?

The project is really exciting to me and not just because of my love for The X-Files. It's allowed me to stretch my style into a number of interesting directions. The series is well known for covering a lot of genres beyond sci-fi - one week it can be a horror show, then a mystery, then a comedy. Creating posters for a show with such a variety of tones allows me to express so many different types of styles and methods and still have the pieces linked to a common thread. On top of that, the show's focus on not just genres but also its knack for developing complete and rich characters really makes for some compelling episodes and gives me a lot of inspiration for creating equally compelling designs.

Little did I know that this series that had been off the air for so long would soon come back in such a big way. Now that the wonderful folks at Fox are posting my work and promoting it on their social media along with the revival series, the project has picked up a lot of fans and followers and that's been a wonderful motivation to continue. Fans of the show are amazing and I'm just so pleased and humbled that they've embraced my work.

WTFD: Do you make fan art for any other TV shows or movies? If so, what are they? If not, would you consider it?

Once I started the project, a friend of mine who hasn't watched The X-Files wanted me to create some pieces for one of her favorite shows - Star Trek: The Next Generation. It's one of my all time favorites too so I did a few and posted them on the Tumblr. I actually have drafts completed for a few more. Hopefully one of these days I'll get around to creating some more of those! As for creating posters for any other shows, a ton come to mind, though I'm not sure the internet is ready for a Quantum Leap Poster Project. Unless I’m mistaken? 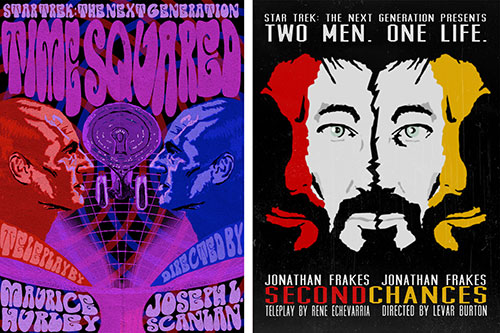 Examples of J.J’s Star Trek posters via his tumblr.

WTFD: What is your favorite X-Files episode and why? Have you done a poster for this episode?

My favorite episode... people have been asking me this a lot and I feel like I give a different answer every time! Today, I'll say my favorite episode is Humbug. I've done a poster for it that I'm pretty happy with - it's a parody of the poster for the 1932 film Freaks with the agents and the former side-show performers filling in for the characters in the original poster. 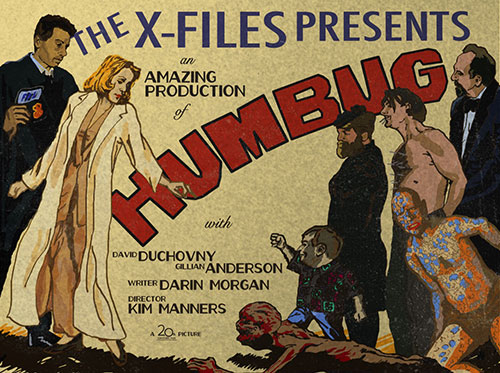 J.J.’s posters have got us feeling like this weird X-Files photo shoot. Request your own favorite episode to J.J., if he hasn’t done it already (unlikely). 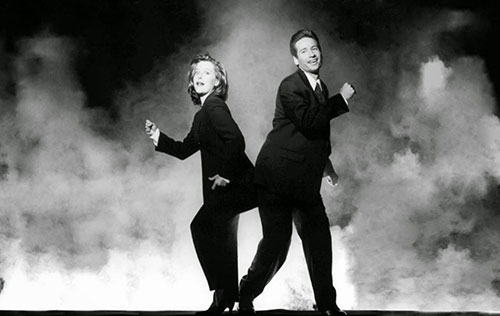 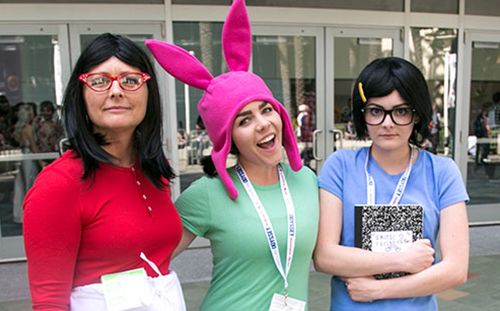