How to do The Room midnight screening

We don’t know what it is about The Room that makes it so wonderfully terrible. 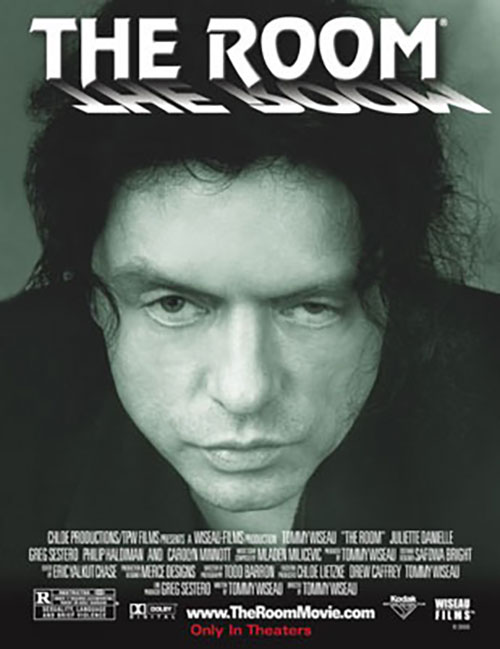 For those who don’t know what The Room is all about, let us educate you. It's a story about a love-triangle between a banker, his fiancée, and his best friend. That’s pretty much the only concrete aspect of the plot as the rest of the movie is a bunch of random subplots that never get resolved. The mastermind behind this piece of cinematic genius is Tommy Wiseau who wrote, directed, produced, and starred in the movie, which should explain everything.

After you’ve seen the movie once and you know what it’s all about, you must attend a hilarious midnight screening. Think: Rocky Horror, but without the lingerie and virgin sacrifices. And the best part is, sometimes Tommy Wiseau and Greg Sestero (Mark) show up to the screenings. That’s right, you get to see Johnny in the flesh up close and personal. Star alert. 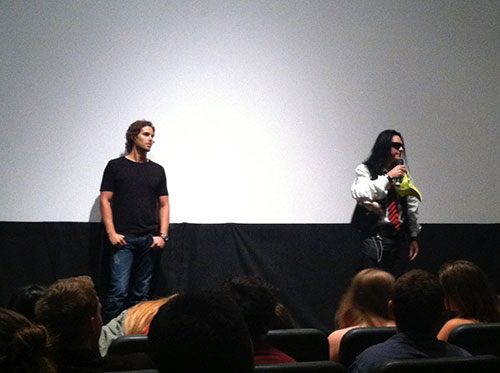 For all you The Room noobs, we’ve come up with a guide to midnight screenings to give you a head start.

“Go! Go! Go! Go!” – while the camera pans the Golden Gate Bridge between scenes (which happens often). If it makes it to the other side, cheer! If not, boo.

“Focus!” – when the camera is out of focus, which, again, happens a lot. 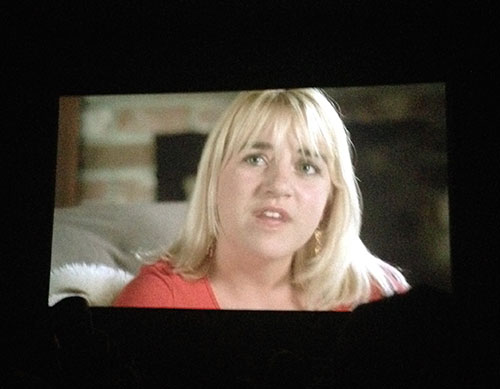 “Nom” – every time someone is kissing or eating something off one another.

“Because you’re a woman.” – every time Claudette or Lisa complains. Don’t worry, it’s said as a commentary about the blatant misogyny in the movie.

“There is no music!” – the first time Lisa seduces Mark, he says “I mean, the candles, the music…” but there’s no music playing!

“Now my evil is inside you!” – when Claudette kisses her finger and puts it on Lisa’s nose.

“Who the hell are you?” – At Johnny’s birthday party whenever the never introduced character Steven talks to Lisa or Mark.

*Sing/Hum the Mission Impossible song* - when Johnny is setting up the tape recorder.

“Cause it makes him cool!” – when Peter asks Mark, “Why’re you smoking that crap, man?”

There are many more things to yell at the screen, but this is a solid list to get you started.

A Football – Every time Johnny and his buds decide to get up and go toss the football around and an inappropriate time, stand up in the theater aisles and toss your football with your buds. We suggest something small and cheap in case it gets lost (or hits someone). 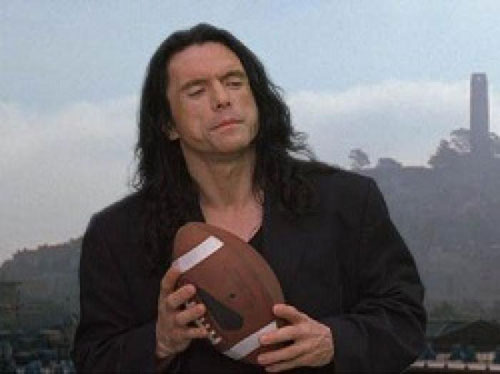 Spoons – There is a table in Johnny’s house that has three picture frames. One of the picture frames holds a picture of a spoon. We assume this is because Wiseau just bought a cheap picture frame and forgot to remove the stock photo, but no matter why it’s there, whenever you see it you throw spoons at the screen. We’d also like to emphasize the “at the screen” part. Please do not throw spoons directly at people and try to throw the spoons gently as they will probably fall down on the crowd. 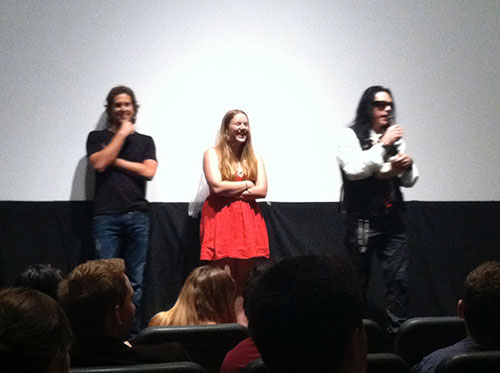 Although there is no real dress code for The Room screenings, many fans like to wear a red dress to signify the dress Johnny buys for Lisa in the beginning of the movie. Also, we’ve seen some fans wear wigs to look like Johnny. Feel free to get creative. Plus, you never know, dressing up could get you some extra attention from Wiseau! 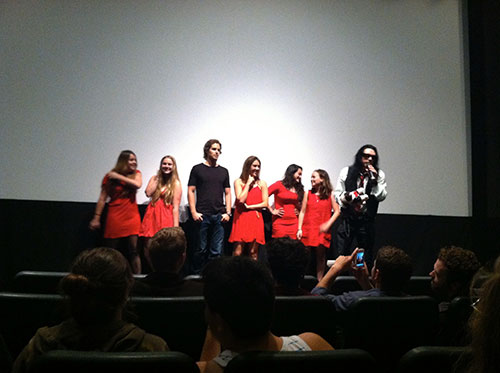 This movie is hilarious and horrible and fantastic and you absolutely have to see it. Just follow our tips and you’ll fit right in.

Tagged in: The Room
in Fan Culture