For years we’ve heard about the Manic Pixie Dream Girl. She’s the free spirited, boho chic muse-like apparition that arrives on the scene just in time to save the hunky but tortured male protagonist and show him that life, and by which I mean his life, is worth living. She also probably plays a ukulele or a didgeridoo and has bangs. 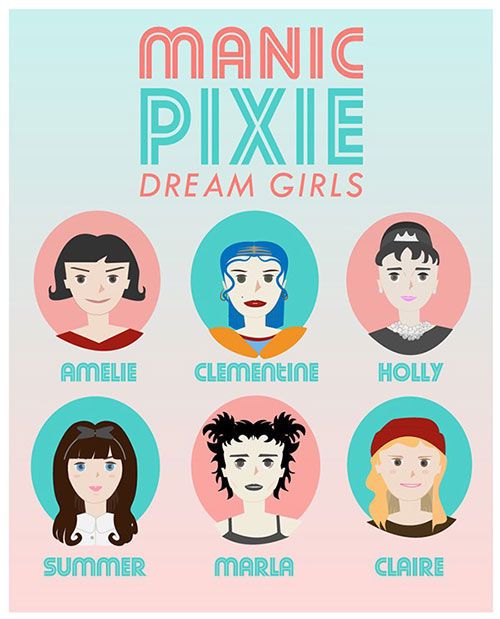 But it seems that in 2015, we’ve finally begun to let go of this trope thanks to the demand for more well rounded and complex female characters who don’t exist purely to advance a male-centric narrative. But has it disappeared all together, or have we simply replaced it with a new type of “dream girl”?

You know the girl I’m talking about. She’s into sports in a genuine, non-ironic way. She drinks beer and knows the difference between a single malt scotch and other types of whiskeys. She doesn’t wear too much makeup and she doesn’t care about calories or looking perfect all the time, yet she inexplicably does. She curses like a sailor and probably hangs out in her underwear playing Call of Duty until 3 am. And her tattoos are sick. No infinity signs or dreamcatchers. She’s just one of the guys; the buddy that you can have sex with, which is all you ever really wanted. She’s the Cool Girl.

We see her in TV in film and the two terms are often used interchangeably. But there is a distinct difference between Claire of Elizabethtown and, say, Robin Sherbatsky of How I Met Your Mother. While Orlando Bloom’s quirky, live-for-the-moment flight attendant is a spunky free spirit who must save him from himself, Robin is the quintessential Cool Girl. 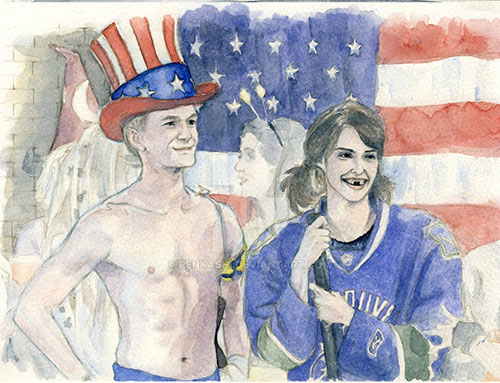 Gillian Flynn already took the Cool Girl to task in her chilling novel Gone Girl, not only breaking down the myth, but absolutely murdering it. Through Amy, we are told that the Cool Girl is not only fictional, but that men have deluded themselves into thinking that she exists and this is ultimately why relationships fail. Nick cheats on Amy because she stops being the Cool Girl he fell in love with, because she never was her to begin with.

And just as the Manic Pixie Dream Girl exists to guide the male protagonist onto a journey of self discovery without actually having her own narrative, the Cool Girl exists to satisfy a man’s desire for someone “down to earth,” who can be a sexually free and help lead him to what he really needs in life. Because in this trope, women are inherently not “chill” like men, and to find one that satisfies his desired in a physical and social context is an anomaly. 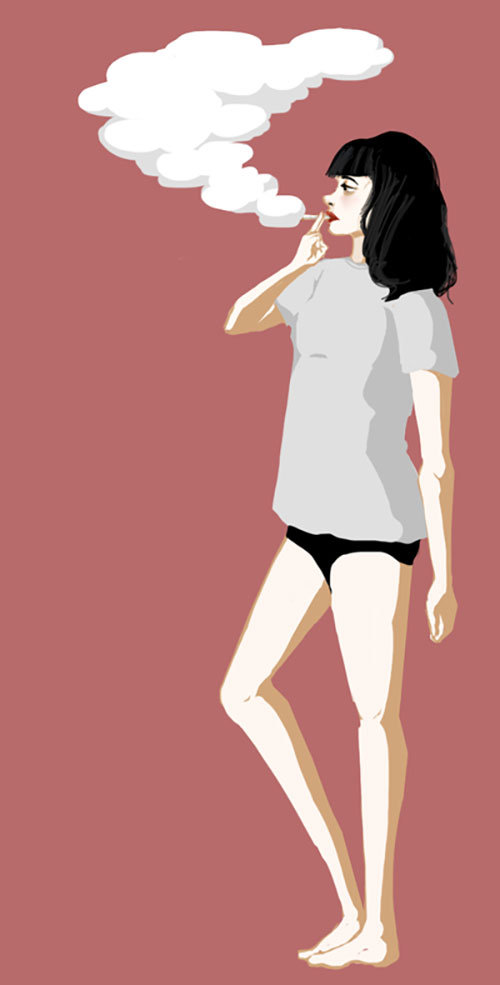 Which is precisely why the Cool Girl trope is a fallacy. Because you can be a girl who likes sports, drinks beer, is into casual sex, and the assumption will be that you are fake. Because the Cool Girl is no longer about simply being a girl who likes beer, casual sex, and “hanging with the boys.” It is an impossibility manifested by the male gaze and perpetuated in popular culture. Celebrity Cool Girls are an anomaly at first, exhibited by our obsession with Jennifer Lawrence, Anna Kendrick, Amy Schumer. Yet eventually, the adoration turns to skepticism, and the skepticism ultimately turns to resentment from both men and women.

Amy Schumer made a fascinating point about the fetishization of the Cool Girl or “the Chick Who Can Hang” in a series of sketches that point out men’s inherent fascination with girls who, in their eyes, act like men. Which implies that normal everyday actions and interests must not only be gendered, but values that men find attractive are those that they exhibit with each other, except for one caveat: the girl must be absolutely smokin’ hot. When a girl does something that is considered “manly,” she is a turn on, but only if she also has the body that fits into the archetypally hot female image perpetuated in mainstream media.

Yet, to acknowledge that both the Cool Girl and the Manic Pixie Dream Girl are nothing more than tropes perpetuated by a male dominated industry would be to ignore all together the main problem with having them in the first place. Yes, it is insulting and backwards to create these characters solely for the purpose of being a man’s muse, but it also rejects the possibility that these girls exist in everyday life.

After Gone Girl, the internet was flooded with think pieces and op-eds declaring “Men! Stop looking for the Cool Girl! She doesn’t exist!” And in a sense, this is correct. The Cool Girl shouldn’t exist in the same sense that the Manic Pixie Dream Girl shouldn’t exist — they’re both just plot devices used to further a male-centric narrative.

But maybe in vehemently crusading against these tropes, we’ve created another conundrum that’s perhaps as damaging as fetishizing them. We have inadvertently denied the possibility that they exist as singular, self-identifying humans. Instead of creating well-rounded and dynamic narratives for women who exhibit a variety of personality traits, we have instead focused on disproving the myths to such an extent that anyone who identifies with a trope feels like a phony.

How very Holden Caulfield of us.

So instead of de-bunking the myths, let’s de-myth them. The problem isn’t necessarily that the tropes exist, it’s that they have been used as a vehicle to promote a patriarchal cycle in film and television. Instead, we should celebrate the manics, the cool girls, the girls who like beer but think sports are dumb, the girls who dream of romance, the girls who are into casual sex, and everyone in between. We just have to focus on making their narratives truly their narratives.